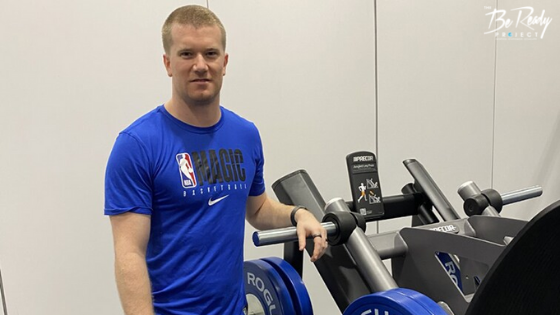 From Campbelltown to the NBA

American sport. The holy grail for budding athletes wishing to climb the ‘Everest’ of elite sport. Over the last decade we’ve seen NRL stars Jarryd Hayne and Valentine Holmes give up rich contracts in Australia to fruitlessly try their luck. Recently, Jordan Mailata, former South Sydney NRL junior, has truly succeeded, signing a rich $88 million AUD extension with the Seattle Seahawks. His ability to work hard and quickly adapt to the different National Football League (NFL) game has left coaches gobsmacked. But let’s be honest – what got him that initial trial? Being 157kg certainly helped! But how does a person without super human genetics crack that fabled landscape? Nathan Spencer – a regular guy from Western Sydney – is now working as the Head Strength and Conditioning Coach at the Orlando Magic in the National Basketball League (NBA). Yep, the famous franchise of Shaquille O’Neal fame. He may not be 7ft like Shaq, but he is now trusted and responsible with getting athletes like this bigger, stronger and faster!

Growing up around the Macarthur region, Nathan Spencer was always involved in team sports although, in his words “wasn’t the best athlete”. Regardless, he simply loved the camaraderie the locker room brings. “Just being around the boys” Spencer smiles “And…having a young squad (at Orlando), it keeps you young and in the mix, training every day…I love being part of that environment and I can’t see myself doing anything else”. Many businesses are now actually turning to recruit athletes into business, citing their skillset of continually striving for excellence, collaborating with teammates towards a goal and their dedication as key components of a great employee. So why, as a young boy doing a degree at University in Exercise Physiology like Spencer, wouldn’t you want to be part of that environment? Or – for an existing athlete – stay in this environment or keep that same winners mindset for other work?

Some people would ask Nathan his ‘secret’ – how did a Western Sydney boy who didn’t play basketball land a job at the Orlando Magic? Who did his Dad know? What did he pay someone to get in? OK it’s a cliche but his secret is simply putting yourself out there, staying patient and being consistent. “I originally was studying Exercise Physiology and realised a lot of the industry was working in clinics or massaging older people – which is fine for some but not for me. So I contacted Chris Lawrence who I knew from growing up and managed to get a start as an Intern at the Wests Tigers over a summer”. Putting himself out there – tick. From there, Spencer played the long game, consistently plying his trade while moving to the St George Illawarra Dragons U20’s then, while south of Sydney, across to the local NBL team Wollongong Hawks. “I was fortunate that the Hawks had a private facility which specialised in ACL treatment and rehab” Spence explains, further elaborating how this gave him an advantage in that field as basketball is all jumping and landing on the lower limbs. “Finally, I decided to do my Masters in High Performance at Australian Catholic University, collaborated with some American counterparts during my study and decided to take them up on their offer to come and work over there”. Almost 15 years of work and study condensed into one paragraph? Patient and consistent – tick!

Flying around America with a full gym

Spencer transitioned from the Australian top level of basketball to the top level of American basketball. Same sport. Easy, right? “I found there are more similarities with training athletes between Rugby League and the NBL than our basketball to the NBA” Spencer exclaims. “We could have a period of 5 games in eight days. Even this season coming up we play 13 games
in a row where they’re all five and eight. So it’s incredibly hectic. But the perks can be pretty awesome. All our travel is through chartered planes so there’s no checking in, no weight restrictions – so last year through COVID we travelled with a full rack of weights everywhere we went. However, for every 1 hour of training, there is 5-6 hours of preparation the 11 performance staff and myself will do”. Having a Masters however means nothing if the players aren’t going to buy in to what you have to say. “Oh yeah” Spencer laughs “In my first year I had a player refuse to work with me until I improved my passing”. But as the saying of ‘leave your egos at the door goes’, having only 17 players and 11 performance staff has its advantages. “If I don’t get along with a particular player and you’re not going to get along with everyone – that’s fine. He can work with a staff member he has a good relationship with….at the end of the day as long as the work gets done – no egos, use the staff, create that culture”.

The start of November, Australian papers will have photos of AFL and NRL players already back completing a pre-season of gruelling training, “filling up their tank” of cardiovascular fitness to get through until, hopefully, October. It is a little strange then that the multi billion dollar NBA barely have a pre season. Players don’t have programs to do in the off season. The team only arrive back a few weeks before the first game. “Basketball, Spencer divulges “is still, at the core, a skill based game. The players love it, they will be playing basketball in their free time for hours. Most of the time it is about stopping them from playing, giving joints a rest and so forth. But I still think it is an advantage – they’re motivated”.

Let your money work for you

They say the Australian sporting landscape is a microcosm of the US. Recent improved streaming services has accelerated this fascination with American sports, with many NRL players often lamenting some of the luxuries their Yankee contemporaries enjoy. (Obviously a 330 million population versus 25 million might have something to say about it). “It’s very different” Spencer explains about the variance. “Every rookie that comes in will be set up with a financial advisor straight away. Sure, if they’re drafted in the top 10 their first contract is a $20-30 million 4 year deal. It’s a lot of money but they lose a lot of it as well”. Spencer illustrates that the model of American sport is to get to that second contract then really let that money work for them, considering that rookie extension as a minimum, is around 60 to 70 million over four years. “Whether it’s with business ventures, different investment strategies, some in the restaurant game, cryptocurrency or getting set up with real estate. Every player has different strategies and goals to make their money work for them, not to go back to a life of work”. 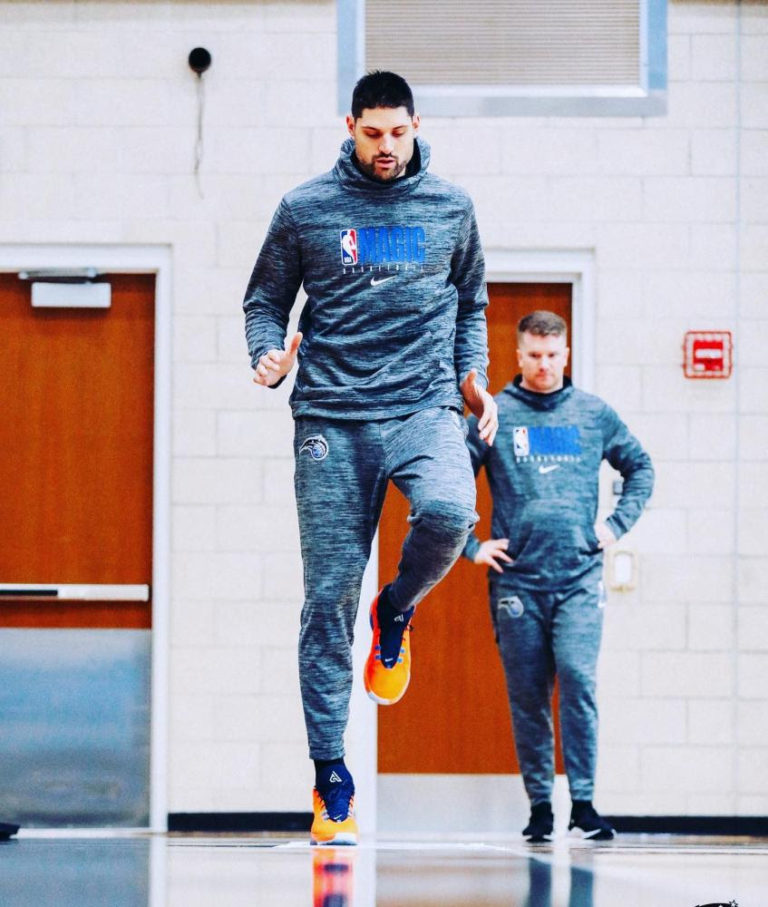 NBA superstar Lebron James made $41 million in 2021 – 4 times the salary cap of one NRL team so it’s hard to expect Australian athletes to never work again. But a microcosm is a miniature of the larger so there are still lessons to follow for the smaller. Compulsory financial advice from day one. Investing. Real estate. Or simply adopting the attitude of starting early and letting your money do the hard yards. Robbie Farah is one such NRL player who followed these principles and the seeds of his investments sown earlier meant he didn’t have the pressure to dive straight into a career that he won’t enjoy. “I saw this (retirement) year as a gap year, I was travelling a fair bit.. I was fortunate that I didn’t have to go straight into work full time and I wanted to travel and do all the things I never got to do”.

Differing views on education between Australia and US

In American society, there is a continual notion that going to College leads to a better life; the gap between the lower and upper classes is much larger than here. The American College system is an institution famous for being a breeding ground for Olympians and a pathway into Professional sport. Instead of graduating from high school and going straight into Professional sport like the NRL, athletes like Shaq completed a 4 year College degree before turning professional at age 21, allowing athletes from less privileged backgrounds to get a College education through a scholarship, be forced to maintain that scholarship through satisfactory grades, continue to work on their game through a competitive College competition, receive world class coaching and most importantly become more mature for when they ‘go pro’. Rugby League analyst Phl Gould has regularly advocated for the NRL to prolong the pathway into the top level for young players through a higher age junior divisions and some form of an apprenticeship.

However, in the last few years, many US athletes are following the Ben Simmons loophole of being ‘one and done’ – completing one year of College to enable them to be selected for the NBA Professional draft. Spencer is less confident talking about players’ education interest compared to their money endeavours “The education thing is an interesting one because so many guys have come into the NBA as being “one to done”. Sure – the 20 year olds might get good money but they don’t have any tertiary education to fall back on. And because of the way the college system is set up, it’s impossible to get back to college and learn as a professional athlete….the demands are too great. Spencer also explains that there aren’t a lot of other courses or programs that American athletes have access to either. Perhaps this is because Australia sportstars don’t have the access to the exorbitant salaries but through programs like the NRL VET pathways this is one advantage Australia athletes have as there are ample opportunities and support for players to prepare themselves for life after sport with education and training during their playing career.

Listen to the full podcast with Nathan Spencer below