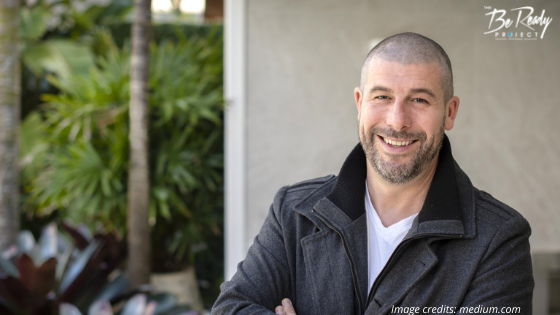 Dan Haesler – The secrets of the All Blacks success

In 2013. four of Australia’s best cricketers were stood down midway through a Test series because they didn’t “do their homework”; by listing 3 points on how the team could improve. The move backfired on coach Mickey Arthur, leading to a 4-0 series whitewash to India. In the mid 2000’s, the All Blacks, burdened by years of dominating the rankings yet under performing at World Cups, approached management, demanding they stop performing the Haka as it ‘didn’t resonate with them anymore’. Instead of punishing the players for their act of defiance like Arthur did, the staff did the opposite – calmly listening to their opinions, employed a Maori elder to educate them and together they crafted their own Haka that represented the players. The team felt valued, respected and empowered. In 2011, the All Blacks won their first World Cup. Later in 2013, Mickey Arthur was sacked as Australian Cricket Coach.

The Red and Blue brain approach

Performance and Leadership Coach Dan Haesler knows a thing or two about the traits the All Blacks staff showed. Through his business Cut Through Coaching, the UK native turned Australian was fortunate to spend time with James Kerr, author of Legacy, one of the most popular leadership books of the past decade. Kerr wrote his best seller after embedding himself with the All Blacks for a number of years, seeing the perennial chokers become statistically the most successful team in world sport by adopting the now famous ‘red and blue brain approach’.

Standing out in the NRL; where everyone copies each other

In the other Rugby code, there is a well used analogy that when someone sneezes in the NRL, everyone gets the flu. Coaches, so paranoid about maintaining control of players and the on-field result, feel compelled to copy and paste the same block play or defensive system over and over. “If the other 15 teams are doing it and we aren’t, we’ll be left behind!” they would think. And since the game went fully professional with Super League in 1997, there isn’t much more juice that sport science can squeeze from the lemon of athletes physically, with players now almost as big, strong and fast as humans can get. But what good is having that adonis physique if you can’t execute in the pressure moments?

This brings us back to the ‘Red and blue brain’ approach. The All Blacks believed all their prior success was detrimental in those big moments; creating somewhat of a ‘balloon of emotions’ that affected their ability to execute the most basic of tasks. Dan Haesler explains: “Dr. Ceri Evans, All Blacks Mental Skills Coach, devised this way of empowering the players in these moments by describing the red brain as subconscious – all the emotions, feelings, acting on impulses…. operating all the time without thinking”. As the expectations of winning a World Cup would rain down on the team, the All Blacks would give into their red brain like a deer in the headlights, freezing ever so slightly but enough for the opposition to pounce. “The good news is we don’t have to conform to red” Haesler chuckles in his Manchester accent. “There’s blue brain – responsible for your language, rationalising and hypothesising”. This makes sense to everyone but the difficulty is to implement this in practice. Every stoppage in play, the great captain Richie McCaw would look his troops in the eye with his steely glare and ask them “Boys, are we red or are we blue?”. Just stopping and asking the rationalising question was enough to turn the blue brain on and win 89% of the time under his captaincy.

However, if a local sport captain this weekend grabbed their teammates in a huddle and randomly asked them that question, there’s a fair chance it would do more harm than good. A team environment takes time to build. Know your players; read the room. Mickey Arthur tried to set the bar too high with discipline and look what happened there. Former Wests Tigers captain Chris Lawrence echoes the approach of the All Blacks coaches who were adaptable to their players “In a team environment, when you’re a new player coming into a new team environment, by having that (flexible) culture…the team adapts to you and (the players) do not have to fit in and change who they are”. The Melbourne Storm, renowned for pioneering the wrestle and their strong emphasis on defence, just became the greatest attacking team in NRL history in 2021. Their secret? Coach Craig Bellamy lost senior player Cameron Smith but changed the team culture and style to suit the younger, more attacking players and the record books were rewritten.

Psychological Safety in a team

Most teams are not the Melbourne Storm. Former Bronco Denan Kemp regularly speaks about the psychological trauma he endured from the senior players when first entering the NRL, some waiting almost a year to properly speak to him. “The problem is” Haesler illustrates “most leaders mistake silence in a meeting as a positive”. Dan muses that players are like plants in a garden. “You could buy the best plant ever. But it won’t grow if the dirt is toxic. You might get the odd green shoot but it will never reach it’s potential if the soil is wrong”. So – how many game-changing ideas were left unsaid in the silence of a meeting room? How many plants weren’t given the sunlight to thrive? This notion is coined as ‘psychological safety’ and Haesler believes it is the biggest point of difference between a team being good and great in elite sport. “At that level, the talent is pretty even. But if a team has an environment of psychological safety for ALL players – the belief no one will be punished for speaking up, making mistakes – then they can collectively reach their potential”.

In 2014, South Sydney Rabbitohs won their first premiership in almost 50 years. Ask the players who lead them to the promised land and an unexpected name often comes up. “At the start of the season” Sam Burgess explains “we were doing a pre-season army camp and many players believed the coaching staff had gone too far, to the point of flogging a dead horse. Only one player stood up and approached the coach – Ben Te’o. The coach was livid, threatening punishment. I reasoned with him; explaining it showed the leadership we needed in the squad”. In the preliminary final with the scores being locked up at halftime, the Roosters and the red brain were starting to get on top. Sure enough, it was Ben Te’o to step up again and lead from the front with a barnstorming try. Who knows what might have happened if Souths followed Mickey Arthur’s leadership style?

Interested in some of these ideas presented? One Wellbeing are now taking enrolments for their Diploma of Leadership course.

To read more about Dan Haesler and his work with some of Australia’s best sports and corporate leaders, visit danhaesler.com or pick up a copy of his new book “The Act of Leadership”